Age of the Gods God of Storms 2 Slot Review 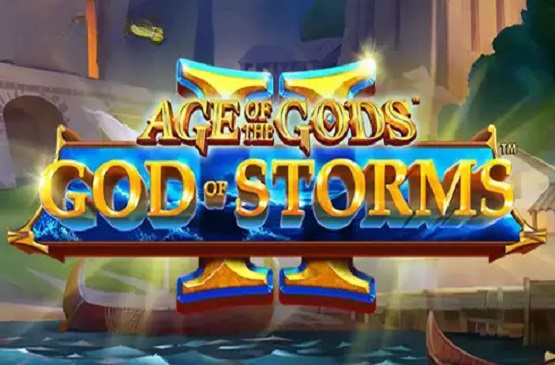 Age of the Gods God of Storms 2 Slot Review

Age of the Gods: God of Storms 2 is part of the Age of the Gods slot series, which has become one of Playtech’s most popular in recent years. The series, which is based primarily on Greek mythology, has offered a wide range of features and stories, all of which are backed by massive progressive jackpots. God of Storms 2 follows the same formula as the first, however it differs from the rest in terms of gameplay.

On its five reels, there are just 25 active lines at first, but up to 90 lines can be obtained afterwards. You can choose between a normal prize of up to 4,100 times your stake or progressive jackpots (Ultimate Power is the best one, in the six figures range). There are also some unique elements inside, such as stacked wilds and respins, regular wilds, and a bonus game with progressive jackpots.

It’s entirely up to you to decide what kind of betting range to employ, as it is determined by the amount of lines you choose. The smallest bet costs only $0.01 and gets you five lines. For 25 lines, the price ranges from $0.05 to $500.

When you’re looking at a high-volatility slot machine, you expect a large top prize to be on the line. For standard spins, Age of the Gods: God of Storms 2 pays out a maximum of 4,100x the stake, but the possibility skyrockets when you look at the progressive jackpots. There are four of them, the best of which is the Ultimate Power Jackpot, which pays out over $100,000.

The slot’s RTP isn’t particularly high, hovering at 95.13 percent, but when the progressive jackpot is factored in, it rises to a more respectable 96.14 percent.

Features of God of Storms 2 Slot

The Wild logo will be utilised as a regular substitute, replacing other symbols and so assisting in the construction of new combinations.

On the middle three reels, there is a second variation of the wild, which exhibits the image of the Argo Ship. This one can likewise be used as a replacement, but it has the extra benefit of triggering the Wild Wind Respins.

Because the wilds are stacked, landing the Argo Ship Wild on all five reels is a possibility, and it will trigger the respins. Following each respin, the God of Storms blows on the reels, and the ship travels one position to the left. The respins will halt once the ship has left the reels. After each respin, a further row of symbols is introduced to the game. In a game area with 5×8 reels, you can have up to 90 paylines, but you’ll need the Ship to appear on the fourth reel to keep it visible for as long as feasible.

The progressive jackpots have their own feature, but it is purely random; it is not triggered by symbols that appear in the game. Once it’s up and running, you can make selections until you find three icons of the same type. This will determine which of the four jackpots will be won.

God of Storms 2 appears to have a standard design for the series. We’re travelling back in time to Ancient Greece, where one of the mythology’s ships serves as a major emblem. Argo is the name of the ship, and it’s one of the two stacked wilds. Major symbols include a variety of figures and troops, as well as ceramics, and low-paying symbols have the Royals set against marble.

Age of the Gods: God of Storms 2 appears to be an even better slot game than the first, with higher payouts and new graphics to keep things fresh.