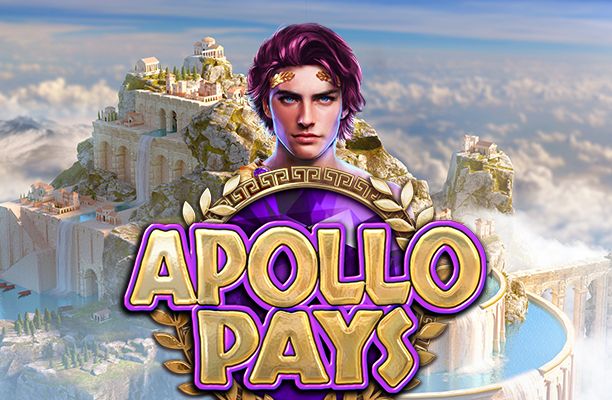 Big Time Gaming, the inventor of the famed Megaways engine, has a reputation of delivering amazing features in their slots, but they also focus on other things from time to time, and this time it’s on paying as much as possible. Apollo Pays Megaways is expected to be one of the best-paying slots in its category, with massive top jackpots to be won, however they are unlikely to be won by anyone in particular. The topic is one we haven’t seen much of in their collection, focused on Ancient Greece and, in particular, the god Apollo.

Apollo Pays Megaways will have the standard 6 reels of this genre, with a total of 117,649 Megaways/ways to win. One of the finest aspects of this slot machine is how much it can pay out, with payouts of up to 116,030 times the wager possible. Even though it is quite volatile, its RTP of 96.56 percent is quite acceptable.

Starting stakes are as low as $0.20, which is sufficient to spin the reels and gain access to all of the possible winning combinations. The betting range’s upper limit is set quite low, at only $20, but that’s logical given the potential profits.

It’s unusual for a slot machine to pay out more than 100,000 times the wager, but Apollo Pays Megaways can. With a top prize that may reach 116,030 times your bet, it’s one of the best options available if you’re a firm believer in your luck and want to go for broke.

If you’re wrong, and you’re not extremely lucky, this could be a difficult game to play because of its great volatility. Although the challenge is considerable, the fairness of the game is undeniable, as evidenced by its RTP of 96.36 percent.

The amount of symbols that appear on each reel in a slot machine that uses the Megaways engine is random. A random number of symbols is added to each of the 6 reels, ranging from 2 to 7. It’s absolutely random whether you receive 2-3 on one reel and 7 on the next. You might end up with 117,649 Megaways if all 6 reels get the maximum of 7 symbols (ways to win).

The Apollo Wilds can only appear on the middle four reels, but the feature’s power is undeniable. Because it functions as a substitute for conventional symbols, you can use it in any new combination you’re making there. It doesn’t work the same way for the scatter in the slot.

Creating winning combinations is only the beginning. Each time this happens, respins are triggered, in which the symbols involved, as well as any scatters, remain in place as the rest of the game changes. If at least two more winning symbols are added to the current ones, you can gain more respins.

There are a few different ways to activate the free spins feature. You can buy them with profits of 100 times your stake or more earned during normal games. You can also get them if there are three or more scatter symbols on the reels. Depending on the exact quantity of scatters present, the slot will award you 10 to 16 rounds. If you get 3-6 more scatters, the slot will award you with another 4-10 free spins.

The free spins multiplier will increase by 1x after each trigger of the respins. It has no upper limit, so if you’re lucky, it can go extremely high.

It’s a slot machine themed around Apollo and Greek gods in general, although the design isn’t the best I’ve seen so far. The Apollo Wild is the only one that looks good, especially when combined with the background image of a gorgeous Greek city. The remaining symbols span from the Royals (9 to A) through the four different gemstone varieties. Overall, if the appearance of a slot’s symbols is important to you, this is a dismal design.

Apollo Pays Megaways may not appear to be much, but that doesn’t rule it out as a viable choice. It’s undoubtedly one of those worth checking out, with some of the best rewards you’ll find in a slot machine, multiple impressive features, and a Megaways engine that has previously proven itself in hundreds of other games.