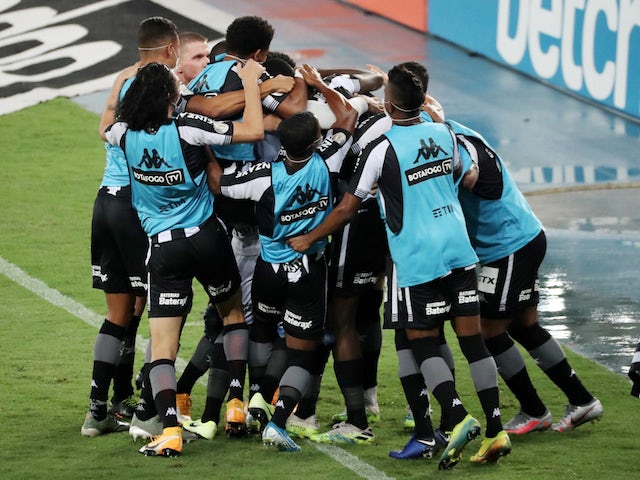 When Sao Paulo travels to Estadio Olimpico Nilton Santos to take on relegation-threatened Botafogo on Thursday, they will have the opportunity to record their first away victory of this Campeonato Brasileiro Serie A season.

While Tricolor Paulista has points in nine straight league games and is now in third place, Fogo has lost their last five domestic matches.

The recently promoted club from Rio is currently having trouble because they have lost four straight games and have fallen into the final relegation position .

Losing to teams like Palmeiras is understandable given their skill and experience in the top flight, but Botafogo have failed to pick up any points against teams that are close to them in the standings, as three of their last four defeats have come against teams that were in Serie B with them a season ago.

Despite dominating possession throughout their current four-game losing streak, they have been unable to score, going three of their previous four league games without a goal.

Despite the team’s recent setbacks, manager Luis Castro has emphasized that he does not plan to make significant adjustments to the team’s tactics or formation. Instead, he is urging his players to play with more intensity and a spirit of competition.

Castro has referred to his team’s Serie A campaign from the onset as a construction project that they must continue over the following several years by staying in the top division.

Due to a dearth of duels being won in the last third and middle of the field, something their boss has promised to solve, their offensive strategy has not been successful in recent games. Sao Paulo keeps finding ways to win, as seen by their 1-0 victory over America Mineiro over the weekend that kept them unblemished at home this year.

A novel strategy used by Rogerio Ceni focuses on saturating the middle of the field with talented players who are essential in transition.

Due to the forward players’ talent and hard work ethic, which allowed them to cover ground when they lost possession of the ball, this method has been successful.

Although they have not given up many goals on defense, it appears that they heavily rely on Jonathan Calleri to score goals because they have not had as many supporting players up to this stage in the season.

Compared to where they were in 2021 under former manager Hernan Crespo, when they only won two of their first 11 games and were in immediate danger of relegation, being four points behind league leaders Palmeiras at this point in the season is an improvement.

This team struggles to hold onto leads when playing away from home; in their past four road contests, they were tied 1-1 with Fortaleza, Corinthians, Avai, and Coritiba.

Although most of their attacks go through Calleri, Sao Paulo are the more talented team. However, they have yet to demonstrate that they can consistently keep their composure at the back when leading.