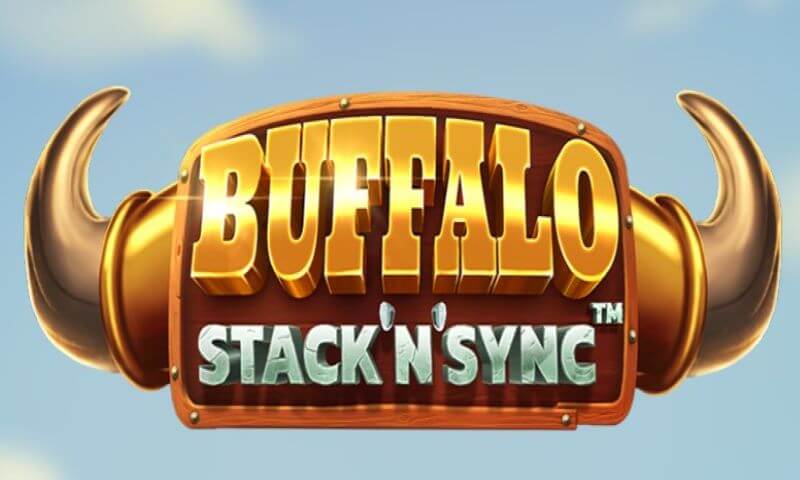 Let’s start with a quotation from Jim Morrison to establish the tone for this review; “We’re from the west coast. The world we propose is one of a new wild west… Strange and eerie. The sun’s course…” Jim might have suited in producing online slots if he hadn’t headed the psychedelic music band The Doors, as the Wild West is one of the most popular themes around. Although Hacksaw Gaming’s Buffalo Stack’n’Sync isn’t the gunslinging version, it is situated on the Great Plains, which is west of the Mississippi River, so let’s go with that.

Buffalo Stack’n’Sync is one of Hacksaw Gaming’s most unpredictable slots, and while it isn’t the most erratic, it is ranked as a 4 out of 5 in terms of volatility. The RTP is varied, as is frequent these days, so that’s something to keep an eye on, with the highest version having a return value of 96.36 percent. This is true at least when playing normally, as the theoretical return improves if/when one of the three feature options is purchased. Buffalo Stack’n’Sync may be played on any device, from mobile to desktop, with bet levels ranging from 10p/c to £/€100 every paid gaming round.

Buffalo Stack’n’Sync’s gaming board is made up of five reels, four columns, and ten fixed paylines. When three to five identical symbols land on these paylines from left to right, starting at the left, players win. The low-paying 10-A cards and the five high-paying animals — horses, cougars, wolves, eagles, and bison – are fairly usual for this genre. When you hit a five-of-a-kind winning line, you collect 2 to 4 times your bet for card symbols and 10x to 20x your wager for premium symbols.

When an S’N’S (Stack’n’Sync) sign appears on a reel, it boosts it with 15, 30, 45, or 60 symbols of the same type. In addition, for each S’N’S sign in view, one respin is granted. If extra S’N’S symbols appear on a respin, those reels are synced to the already stacked reels, and further respins are given.

If you get three burning scatter symbols, you’ll get ten free spins. High-paying symbols are more likely to land stacked during the free spins round than in the main game, increasing the chances of collecting stacks of buffalo symbols.

Hacksaw has filled the vista with cacti and rock formations to create the setting, giving the game a disturbing sense of loneliness, but in a nice manner. This is the kind of place where half-imagined gurus guide courageous adventurers on spirit adventures, where intrepid explorers might both lose and find themselves. Or, as Hacksaw describes it so poetically, “huge buffalo, soaring eagles, and grass blowing in the breeze.” There isn’t much grass, to be honest. However, there are a slew of animals, led by bison, who are responsible for some of Buffalo Stack’n’Sync’s most thrilling moments.