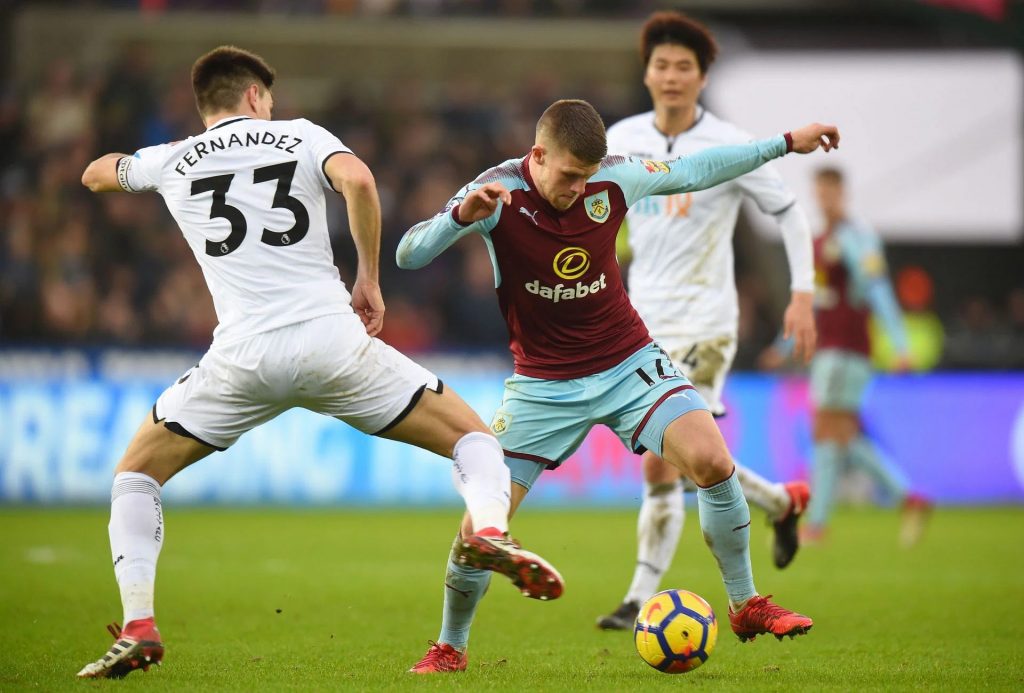 Both Burnley and Swansea City are currently ranked among the top six teams in the Championship heading into this weekend’s match at Turf Moor.

Swansea entered the promotion fight with four straight victories, while the Clarets had spent much of the season in the playoff spots.

It would be simple to criticize Vincent Kompany’s start at Burnley with seven draws in 13 games, but supporters will look past the stalemates and judge the team on their place in the standings.

Burnley’s fourth-place finish and proximity to the leaders and automatic promotion spots were maintained by a 1-0 victory against Coventry City last weekend, which ensures that the Belgian’s tenure with the Clarets has started out well.

Burnley’s recent seven games haven’t seen them score more than twice, indicating that goals are still an issue. However, the club has continued to accrue points due to its joint-third-best defensive record in the second tier.

When Nathan Tella scored against the Sky Blues, it was his fifth goal of the year, tying Jay Rodriguez for the most goals scored.

Josh Brownhill and the two have been involved in 70% of Burnley’s goals in the Championship, showing that other team members must support them as we approach the last month before the World Cup.

Swansea is currently generating their finest form since Russell Martin joined the club at the beginning of 2021–22, while Burnley has gone eleven games without a loss.

The Welsh team has gone from being a potential relegation candidate to a promotion contender thanks to a four-game winning streak that has included 10 goals. Swansea last played Sunderland, and unlike their previous two victories, they had much of the game under control. Swansea led by two goals at the half and won 2-1 at home.

Martin will see the advantages of this Swansea team not being excessively dependent on the formerly prolific Dutchman despite Joel Piroe failing to score for the third game in a row.

Swansea has only lost one of its six away games this season, while Burnley has the only undefeated home record in the Championship.

Given that this is a matchup between two of the top clubs in the division, we anticipate a fiercely competitive game.

We forecast a split of the spoils even though Swansea is on their best-ever run under Martin due to the number of draws Burnley has achieved this season.