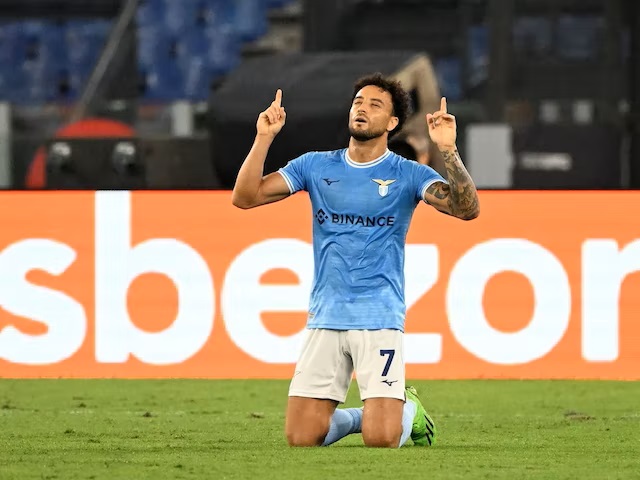 The hosts suffered an early defeat in Austria, losing to Sturm Graz, while the visitors thrashed Feyenoord in their opening Group H match last week.

Lazio defeated Conference League runner-up Feyenoord by a score of three goals before halftime at Stadio Olimpico as they began their tenth appearance in the Europa League since its debut in 2009.

After Luis Alberto gave the Biancocelesti the lead, Felipe Anderson made it 2-0 before Matias Vecino, an unlikely contributor, added two more goals, one either side of halftime. In his previous 19 appearances in Europe, Vecino had only scored twice, for Fiorentina and Inter.

Despite the two goals Lazio conceded in the final 20 minutes, Maurizio Sarri’s team made progress toward securing a top-two spot in Group H and, with it, Lazio’s spot in the knockout round for the eighth time.

The Aquile may head to Jutland with some anxiety despite securing their third victory of the Serie A season on Sunday, at home against Verona, given their history of being notably erratic when leaving the Italian capital since Sarri’s tenure in Rome began last year.

The club’s captain and top striker Ciro Immobile, who has 20 goals in 31 European appearances, scored the opening goal last weekend, and his contribution could be very important on Thursday as well. Midtjylland entered their most recent Europa League campaign with the obvious goal of progressing further this time around after being eliminated at the group stage of the competition previous season.

However, despite playing with an additional man for the last portion of the game after their hosts had been demoted to 10 men, the Danish Superliga runners-up from last season came away empty-handed on the opening night after falling behind to Sturm Graz after only eight minutes.

This setback followed a troubling pattern for a team that had trouble getting going early in the season, earning just 10 points from nine games to sit eighth in the Superliga standings and being eliminated by Benfica from Champions League qualification.

After placing in the top three in Denmark for 10 of the previous 11 years, the Wolves administration decided it was time to take action at the end of August and fired manager Bo Henriksen in favor of former Barcelona B coach Albert Capellas.

Capellas has a lot of work ahead of him if Midtjylland is to boost their flagging morale and advance past the Europa League group stage for a second time in the club’s brief history, as they have lost two and won one of their first four games under his leadership. Making the most of home advantage this week is therefore unquestionably necessary.

Lazio should take advantage of their hosts’ fragile confidence to secure a second straight victory in Group H. They have been back on the winning track over the past week and are capable of scoring from a number of sources.

They do not seem to travel well – particularly in Europe – but this week provides the perfect opportunity to start improving their terrible stats in that regard.