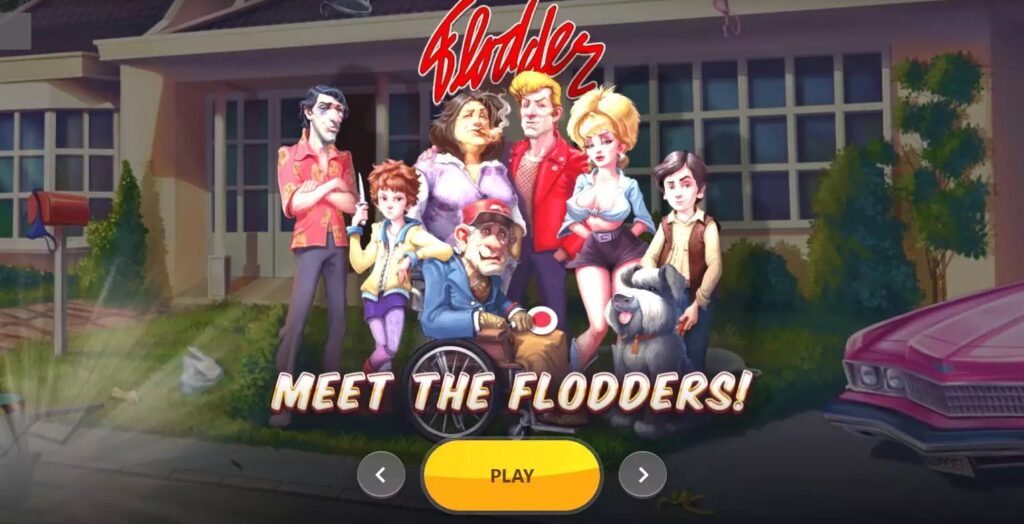 Red Tiger will produce a branded slot called Flodder, but it isn’t the most well-known story in their library. It was inspired by a film from the 1980s, as well as a television series that aired from 1993 and 1998. It’s a Dutch film with a couple of memorable characters who are members of an uneducated family that find up in a wealthier area. The concept is well-implemented here, and the cartoon-style graphics make it far more engaging than you might expect from an 80s film.

In the Flodder slot, you’ll find 5×3 reels with 25 win lines ready to take their place. It is possible to get paid handsomely, however not as highly as in other modern slots. Flodder is a high-volatile game that may pay up to 7,564x the bet, with a 95.75 percent RTP (licensing costs tend to make these branded slots more expensive for the developer). Several types of wilds, scatters, and free spins with multipliers are among the game’s intriguing features.

In Flodder, you shouldn’t expect a wide betting range. It has a small betting range, ranging from $0.10 to $10.

Top payouts on Flodder are adequate, but they won’t reach the same extremes as some of the other High volatility alternatives offered. Of course, if you enjoyed the film or television series, this is your only option, and you can walk away with a jackpot of 7,564 times your wager.

The Return to Player for this game is 95.75 percent. While the predicted return is 96 percent or more, the returns in this situation aren’t bad, and I’d consider it a good position.

Features of the Flodder Slot

When it comes to wild symbols, Flodder has a few different variations. Regardless of how they came to be or if they have anything special to contribute, they are all capable of serving as substitutions for other symbols at their core. There are three different types of wilds to choose from.

Landing wilds can also be done with the help of some random features. A random apparition of Grandpa could result in up to 12 wilds on the reels.

The slot’s free spins feature is a standout feature, which you can activate by hitting three scatter symbols on the reels at the same moment. Then you’ll get 10 free games, as well as more modifiers and symbol types. You have three options to choose from, with the following possible rewards:

Branded slot machines aren’t always created with the general public in mind. With games like these, we’re seeing more of a niche offering. It is based on the 1986 Dutch film Flodder and follows the narrative of a disadvantaged family moving to a wealthy area. It’s a fascinating array of individuals, and we get to see them in cartoon form in this episode. The picture quality is great, as is customary for Red Tiger, and it doesn’t have much in common with the aesthetic of an 80s film.

They ended up using the basic 10 to A Royals in the low-paying symbols, then adding five high-value symbols featuring family members and their dog.

Flodder is a good solution, but it only works if you like the series. You may easily find slot machines with greater yields and larger top jackpots than this one, so you don’t have to settle for it.