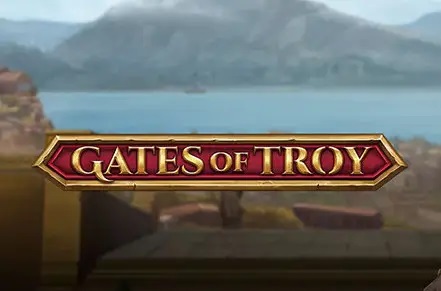 Slot machines devoted to Ancient Greece are plentiful, and even those focused on the Battle of Troy are available in good numbers. However, Play n GO shows that there is still opportunity for improvement, if the game is adequately made. Their most recent product, Gates of Troy, will be a game in which you must breach through the city’s gates utilizing the popular strategy of the Trojan horse.

30 active lines are found on the 5×4 reels that Gates of Troy offers. The slot’s volatility ranges from medium to high, with rewards that can reach 3,000 times the initial bet. The main features that will keep the action interesting are wilds, either standard or multiplier wilds, free spins, and scatters.

The amount of active lines and the bets you make have little in common. You can place a minimum wager of $0.10 and a maximum wager of $30 every spin.

Although a respectable top prize is given, we have seen better in other slots with a similar medium-high volatility rating. It’s not negligible considering that 3,000 times the stake may result in $90,000 in cash.

Your wild symbol is the soldier, who can appear and take the place of other symbols on all five reels. You can purchase it in either standard form or with a 2x multiplier attached so that it will increase wins in which it takes part. Even better, if up to 5 wilds appear on the same payline, they will all pay out directly. Such a combine offers up to 30x the bet.

You must have at least three scatter symbols land at the same time to activate the free spins. A random modifier, which provides you with two of the necessary scatters, could be of assistance.

If there are three or more scatters, you can receive up to 100 times your original stake in addition to 10 free spins. Throughout the feature, the positions where wild symbols appear will be noted; in the final round, all wilds will reappear simultaneously.

Since Ancient Greece served as the source of inspiration, no one should be surprised by the design or symbol . Greek-style royals are among the symbols, but there are also pictures of fruit trays, heroes and warriors and an amphora.

All things considered, Gates of Troy is a respectable demo game, but not the kind that will capture everyone’s interest. For the level of danger that the slot machine involves, the payouts in particular were excessively low.