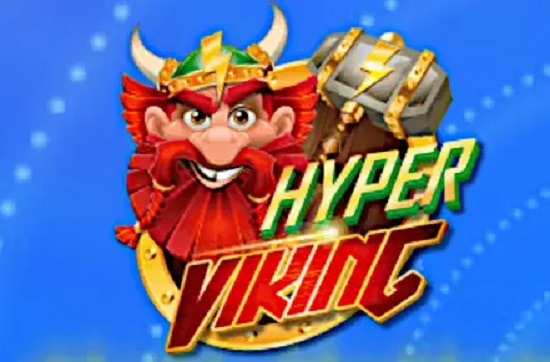 Hyper Viking, a slot machine developed by Gameburger Studios and available at Microgaming casinos, will be released in the next months. For this one, they’ve reused some of their favorite aspects, and the design is a mix of the Viking and classic genres. The result is a game that should be recognizable to Microgaming fans, but it’s still worth checking out because to its charming aesthetics.

You’ll be playing on 5×3 reels with 20 active lines in this game. A top jackpot of 2,000x the stake can be won with regular combos and scatter rewards. It doesn’t have the highest rewards, but it also doesn’t have the most volatile volatility, and it has a long-term RTP of 96.24 percent. It has a variety of great features, including wilds, scatters, and a Wheel that can award a random number of free spins with multipliers.

Starting with a basic stake of $0.20, the game can get a little more expensive if you want it to, with a maximum bet of $60.

In exchange, the slot machine may pay out 2,000 times the bet, or $120,000. Hyper Viking can only give you so much as a prize, and getting that much isn’t going to be simple. Overall, a Return to Player of 96.24 percent is projected, which is rather good for a slot machine.

The wild will be one of the most regular features you’ll have at your disposal. The standard roles are in effect. On the one hand, a wild sign can be substituted for other symbols, making it easier to generate winning combinations and receive payouts. On the other hand, it’s possible that three to five wilds land on the same line, aligned left to right, and provide you a prize. That’s the best-case scenario, because they pay the most for a combo, up to 125x the stake.

When we look at the requirements, claiming the top prizes the game has to offer isn’t tough. The chances are slim, but I like that you don’t have to spend much time on the rules page to figure out how it could happen. Simply land 3 to 9 scatters of the right sort (Viking warrior) and a prize will be given out automatically (up to 2,000x the stake). From the left, the jackpot ladder will show you how many scatters are required for each payout.

Free spins are the third feature, which is triggered by three scatters with the feature’s logo. A wheel rotates, awarding a combination of free spins and multipliers. At the most, you’ll get 30 free spins and a 3x multiplier on all wins.

You can also retrigger the feature by getting another three scatters and winning the same number of rounds.

In theory, you’re looking at a Viking-themed design, however it only extends to the main feature symbol, which is a scatter. The rest of the design is inspired by classics, so the symbols will be instantly recognizable.

The game’s symbols include representations of Cherries, Bar logo, Bell, Dollar Sign, and then the Seven, 2 Sevens, and 3 Sevens, according to the paytable. The Free Spins logo, Star Wild, and the Viking scatter all trigger features.

Hyper Viking isn’t a horrible game; it has current graphics, decent awards, and a long number of unique features that should appeal to the majority of players. It’s also not a particularly innovative title, and the same principles can be found in other Microgaming slots, so don’t anticipate anything new.