King of the West Slot Review 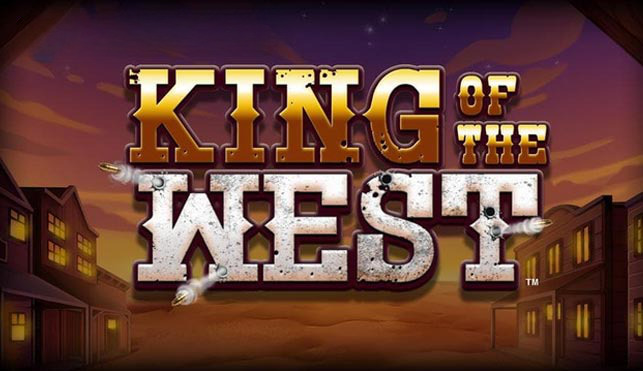 King of the West Slot Review

King Of The West is the name of the Wild West-themed slot machine that Blueprint Gaming will soon release. The title of the game alludes to a fearsome gunslinger, just the kind of character you’d anticipate playing either the hero or the antagonist in a situation like this. High volatility, attractive visuals, and a number of useful features may all be anticipated from King Of The West.

There are 20 active lines and 5×3 reels in this game. The slot machine will contain a mixture of wild symbols, scatter symbols, free spins, and rewards that are given out via a Prize Reel. It is anticipated to have considerable volatility, but it also offers an amazing 50,000x jackpot. The RTP is low, at only 95.49 percent, which is a drawback.

The wagers chosen for King Of The West will begin modestly, at $0.10. However, they are entirely up to the player and can range up to $100 every spin.

King Of The West’s rewards will be absolutely fantastic, which is what you’re most likely going to adore about it. A payoff of 50,000 times the stake has the potential to completely alter someone’s life. But I should point out that there will be a cap, set at $250,000, so if you bet more than $5, you won’t get the entire return.

It’s possible to win that kind of reward from this game, but it won’t be simple. Naturally, there is a lot of volatility, and the RTP is just 95.49 percent, which is lower than it is in other slots.

Features Of The King Of The West Game

One of the game’s icons will have a golden Wild logo with a bullet hole hidden behind it. Naturally, it serves as a substitute and will be beneficial overall, despite not being particularly noteworthy as an online slot feature. Wanted Wilds can appear at any time and can place many wilds on the reels in different places. After that, another chance event—a Reload—could occur, bringing even more potential replacements into view.

A prize reel, or bounty, if you will, spins throughout each spin and reveals potential payouts for each reel.

If you manage to land a Bounty Hunter symbol, the game will provide the prize indicated by that reel. This might be money, bonus rounds, or a wild icon.

The Gunslinging Free Spins feature, if activated, will fire several rounds through a rotating revolver barrel. It produces 6 to 20 rounds. In this setting, the Prize Reel offers larger prizes. Additionally, if a Gold Badge sign appears, it will collect any rewards that are currently visible from the Reel.

The theme of the slot machine is the Wild West, as you could anticipate. Even the wooden buildings and dingy streets of such a place are present, which we are familiar with from other movies and slot machines. It has a decent design, so there’s nothing to quibble with there, but it isn’t specific to this game.

A few Western-style royals appear first on the list of symbols, followed by the bounty hunter, firearms, carriages, and whiskey bottles.

A unique reel may be seen at the top as well. The Prize Reel displays possible rewards for the player (Free Spins logo, gunslinger).

Overall, King Of The West undoubtedly has intriguing elements for players. However, it also has some drawbacks, such as extreme volatility that will deter players or a poor RTP that affects everyone else.