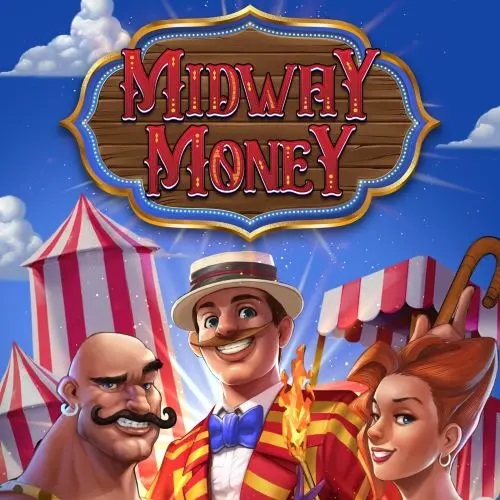 Midway Money is a new slot machine developed by Yggdrasil Gaming in collaboration with Reel Life Games. It’s meant to transport us to the world of circuses and fairs, where we can witness a range of activities that would be found in such settings, as well as a rather large game space. There are a few things worth looking at on the interior, which we’ll discuss further down.

Midway Money includes 5×4 reels at first, but the playing area increases at times, taking the number of lines beyond the initial 40. You’re aiming for top payouts of 6,000x your stake, but you should also expect severe volatility and a 96 percent return on investment. There are both regular and stacked wilds, as well as a special metre, free spins, and many modifiers (Strong Man, Duck Shoot, Fire Eater).

Choose whatever bet feels right for you, and you’re ready to start. The bet values in the Midway Money game range from $0.20 to $50.

Many players would be content with a top reward of 6,000 times their bet (up to $300,000). It’s worth noting, though, that this slot is regarded to be extremely unpredictable, and that many similar games will offer far more significant payouts if you reach the top.

The most important thing is to find a version of this game with a high RTP, such as one with a 96 percent RTP. All other RTP options will be far too low to be worthwhile.

Features of the Midway Money Slot

There are 40 active lines on the 5×4 reels in this game. It only changes when certain features are present.

The slot’s wild will be the logo, which will be the first one you can get. It can be used to replace other symbols, thus it’s a common backup that comes in handy now and again.

With the Strongman and his Strength Meter, there are two more double-stacked wilds on the 4th and 5th reels. To get a chance at the Strength Meter feature, get them both on the last two reels. Either you progress one point on the metre out of twenty available, or you gain access to the feature.

When you ring the meter’s bell, you’ll be taken to one or more features. One, two, or even three characteristics are triggered in distinct configurations at the same time. You can acquire Fire Eater or Duck Shoot separately or in combination with Strongman.

The Fire Eater transforms the triggering symbols into low-paying Royals, followed by the transformation of all symbols of that type into a random symbol. There are also two wilds on the reels.

Duck Shoot: adds extra wilds to the triggering symbols and other spots.

Strongman: You get 10 more lines each row and an extra row of symbols. Up to 5×8 reels with up to 80 lines can be employed.

There’s also a regular feature here, with 7 free spins awarded when three bonus symbols appear on the reels. It can retrigger up to four times, giving you a total of 35 free spins. If you do this enough times, the scatter symbols will start paying out 10 times the bet each time they land.

The Minimum Win mechanic is an important part of the free spins. You’ll always get paid 1x your stake at first, but as you receive greater payouts, the Minimum Win will increase to that amount. It only lasts until the feature is finished.

The Midway Money game, which was inspired by fair games and circus performers, doesn’t have the most impressive design, but that doesn’t mean it can’t be fun. We observe a Ferris Wheel, a duck shooting gallery, and a Strength Meter that, when filled, activates specific attractions.

The 10 to A Royals occupy the first few slots as symbols, followed by images of bottles, fire breathers, teddy bears, a muscular man, and a ringmaster.

Midway Money can be a good alternative for some gamers, but you’ll get below-average top prizes in addition to the unique features. It could definitely improve in several aspects, but it’s still a decent slot machine.