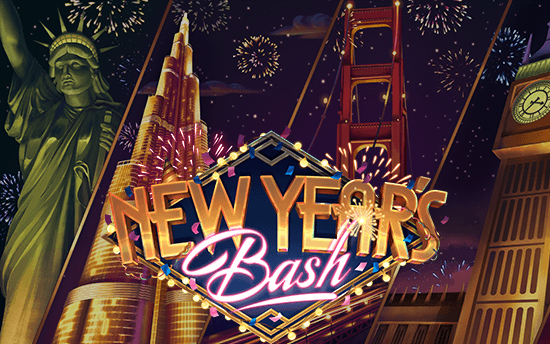 December will bring us a variety of New Year’s Eve themed slots, as it does every year, and Habanero is creating its own version this year. They’ve given it the name New Year’s Bash, and it’ll be a game with plenty of festive pyrotechnics, as well as some cool features and outstanding top rewards.

The New Year’s Bash slot machine will have 5×3 reels and 25 active lines. There’s nothing unique about that, yet the slot will pay out up to 21,265 times your stake, has low volatility, and an RTP of 96.75 percent. Options like wilds, scatters, and free spins that pay both ways are major elements in this situation.

Habanero mentions a top prize of up to 21,265 times the bet, which I presume refers to the line bet rather than the entire wager. It’s unclear which one it is, but given the game’s low volatility, the top reward will most certainly be worth at most 850 times the bet.

It’s still a fair top prize for a low-risk game, and the RTP can be rather high (96.75 percent is an option, tough casinos can pick lower or higher values as well).

The role of the wild will be played by a Champagne Bottle. Even if the sign appears only once on a line, it will be useful if it can be substituted for another and a combination is formed. It will pay you directly if it lands 2 to 5 times and is properly lined up.

The scatter, which depicts Big Ben’s clock, is the second major emblem. This one pays off just by landing 3 to 5 times on the reels, with payouts ranging from 2x to 200x the wager. Those three or more scatters will also activate 15 free spins, with winning combos forming from right to left or left to right.

You’ll now see a light bulb light up whenever premium symbols occur on the reels. You’ll gain 15 extra free spins if one of those symbols appears 10 times or more and activates as many light bulbs as possible. The symbol of that type will be converted into Champagne Bottle Wilds from then on (which count for the light bulbs as well). It’s a strange method of retriggering free spins, but it’ll do.

There are a lot of fireworks in the night sky because it’s a slot machine intended for New Year’s Eve celebrations. It incorporates well-known sights from around the world, which may be seen on the reels.

The New Year’s Bash appears to be a fun one to attempt, albeit it is primarily for the end of the year. Even if you can get it with the setting at 96.75 percent, its moderate volatility and relatively high RTP will make it a favorite for the rest of the year.