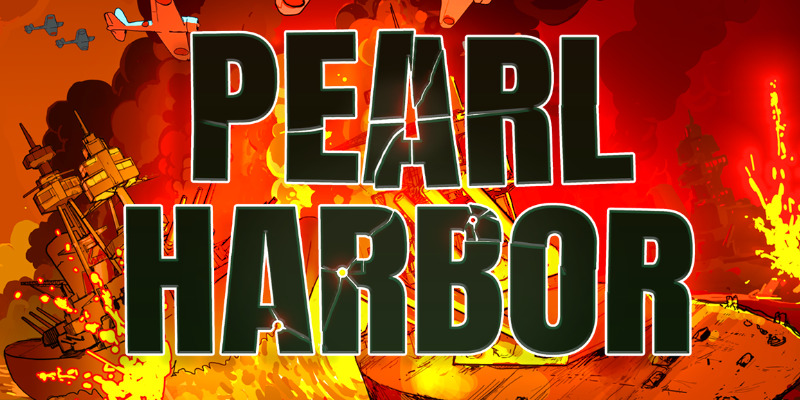 The battle of Pearl Harbor, a significant event in the 20th century that led to the United States joining World War 2 against Japan, has inspired a new slot machine from Nolimit City. This game is one of the latest releases from the company in 2022, and it can be enjoyed during the holiday season.

Pearl Harbor is a slot game that utilizes a Cluster Pays game engine and has 7×7 reels. It offers a top jackpot and the potential to pay out up to 41,127 times the original stake. However, the volatility of the game is very high, so players should make sure to check the RTP of 96.06% before playing. The game also includes several special features such as xSplit, xBet Banzai, xBomb Wild Multipliers, xSize Dynamic Cluster Grid, the Tora Tora Tora bonus and the Dogfights.

The betting range for most games offered by Nolimit City is between $0.20 and $100. However, when the xBet option is enabled, the maximum bet amount doubles to $200. Nolimit City is known for including large top jackpots in their slot machines, and Pearl Harbor is no exception, with a potential 41,127x top jackpot. However, this high volatility game also has a 96.06% RTP value, which is one of three possible options. It is recommended to ensure that the 96.06% version is selected.

In this game, players start with a 3×3 grid of symbols and must form clusters of 5 or more symbols that are touching horizontally or vertically to win. The game area can expand through features such as the xBomb Wild Multiplier, Colossal Symbol, and Target wild symbol. The xBomb can remove up to 10 nearby symbols, split, and provide multipliers.

The Target expands the game area and acts as a substitute symbol. The xSplit mechanic involves a sword that splits symbols in a particular direction. The main feature is the Dogfight, which consists of 3 spins with multipliers that reset when new multipliers land. The Kamikaze Attacks and Tora! Tora! Tora! Feature also add excitement and the potential for big wins.

The theme of the graphics in Pearl Harbor revolves around the Japanese attack on the American naval base. The symbols used in the graphics include both Japanese-style royals and images of the fighter pilots and sailors who were involved in the attack. The overall design of the graphics is visually appealing, although it seems to lean more towards representing the Japanese side rather than the US  perspective.

I found the Pearl Harbor slot machine to be enjoyable and well-designed, which is consistent with Nolimit City’s approach to designing slots.