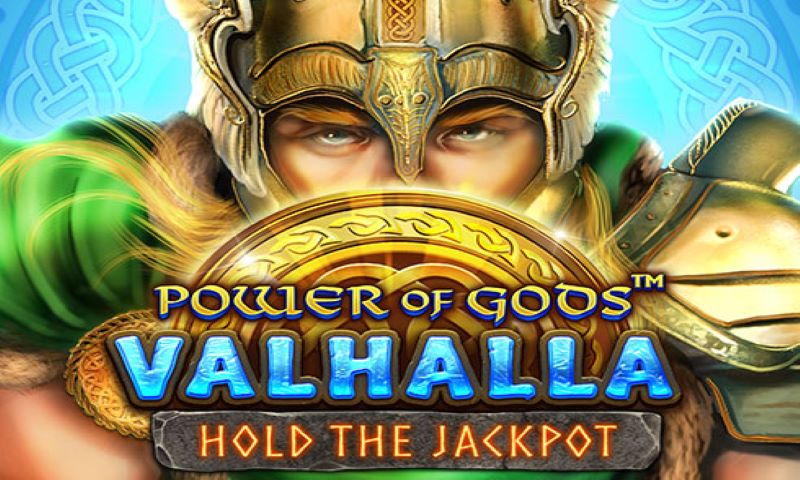 Power of Gods: ValhallaTM will be a new online slot in the Power of Gods series, in which Wazdan has already devoted a significant amount of work. We’ve seen them launch four previous games so far, but this is the first time they’ve gone for Scandinavian mythology. Egypt, The Pantheon, Hades, and Medusa were the preceding games in this series. We’ve seen high-quality graphics, substantial rewards, and decent RTP values with each each release, so Power of Gods: ValhallaTM is expected to follow suit.

The 16 reels of Power of Gods: ValhallaTM are unique in that they include a Pay Anywhere mechanism that pays out based on matching symbols found anywhere in view. The biggest jackpot would be 2,145x the stake.

The RTP is currently at 96.23 percent. The player will find wild and bonus symbols, as well as Hold the Jackpot respins, among the few bonuses offered.

Power of Gods: ValhallaTM isn’t the type of slot machine that produces massive payouts, but because the volatility can be adjusted, I believe we can make it work. The slot’s best payout is 2,145x the bet at the end of a round.

In terms of RTP, we’re looking at another area where it excels, with a figure of 96.23 percent being reported.

Features of the Power of Gods: ValhallaTM Slot

The system in use here is actually quite fascinating, even if it isn’t entirely unique. There are 16 symbols on each of the 16 reels. To win, you must have 8 to 16 matching symbols (including wilds) on the reels for the Pay Anywhere mechanism to work. The top symbol only pays out up to 200 times the bet, so you’ll have to rely on other features to go near to the jackpot.

The wild symbol is included, as previously stated. These symbols, which combine Thor’s Hammer and the Wild emblem, operate as substitutions for all other symbols.

Only one more feature sign, a Gold Coin, was added. This is the bonus symbol, and it can only be used if it appears on the reels at least six times. If you only acquire 3 to 5 of these bonus symbols, you’ll get a respin with them sticky in the hopes of getting the rest of the symbols needed for the bonus game.

If you get the required 6+ bonus symbols, you’ll get Hold the Jackpot respins. The triggering Coins are sticky, and you must respin three times to reach the other spots. If new bonus symbols occur, they will be locked as well, and the respins will be reset to three left.

You’ll be compensated for each Coin symbol you gather at the end of the game. Smaller fixed jackpots of 20x to 150x the bet can also be won in addition to regular payouts ranging from 1x to 15x the stake. If you cover all 16 slots, you’ll win the Grand Jackpot, which is worth 1,000x.

The focus of the action in the latest Power of Gods slot is Valhalla, a legendary site mentioned in Nordic mythology. A snowfall is raging behind the reels, and the action is taking place on 4×4 reels in the front.

The only significant flaw with Power of Gods: ValhallaTM is the rather underwhelming top jackpot, but it’s otherwise a slot machine with plenty to offer in terms of gameplay and features.