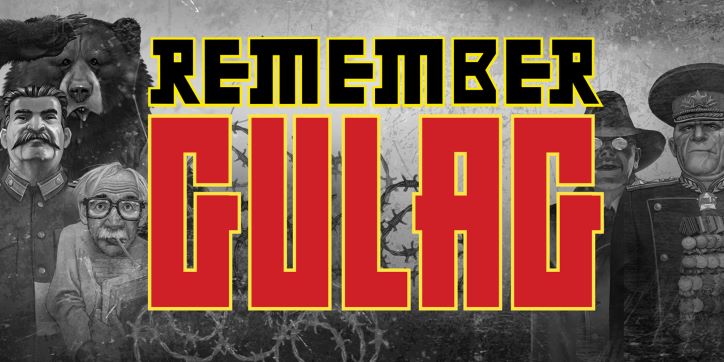 It’s not your average slot machine theme, but Nolimit City is recognised for its outlandish ideas that are executed flawlessly. Remember Gulag transports us to one of the Soviet Union’s many labour camps, where millions of people were detained in the first part of the twentieth century. Many of them perished there, so it’s not a joyful location or a story you’d want to read to unwind. Despite the gloomy narrative, I’m confident that this slot developer can make it work.

Remember that Gulag has six reels, but a gaming area with three, four, five, and five symbols. There are a maximum of 614,656 active ways to win. The slot combines powerful elements like xWays, xSplit Wilds, xNudge Wilds, and free spins with multipliers to get there and collect rewards of up to 30,000x the stake.

There’s also a Propaganda Bet, which allows players to unlock the 5th reel every round by placing a scatter on the 2nd reel. However, it is 20% more expensive, so you can now spend up to $120 per spin.

Remember Gulag is no exception. Nolimit City is known for creating slot machines that are risky to play. This game is highly volatile, yet it ultimately uses its abilities for good, and it has the potential to pay up to 30,000x the bet.

There are a few different RTP values to choose from, but I’d go with the one at 96.08 percent. I wouldn’t recommend the version with the 94.37 percent RTP because the odds are very low.

Even though you can see all six reels, only the first four are active when the round starts. Get one scatter to unlock the 5th reel (which is assured if the Propaganda Bet is utilised), and another to unlock the 6th reel.

The symbol xWays is used by the game to expand the gaming area and the number of symbols available. During paid spins, they can only appear on the first two reels, and they will reveal either two or three regular symbols in that single spot. The interior of all versions of the xWays sign will be the same random regular symbol. The number of possibilities to win increases as a result of the increased number of symbols on the reels.

There’s also the xNudge Wild symbol, which can appear on reels 3 and 4. It’s a loaded wild that’s encouraged to take control of the reel it’s on.

Because each nudge receives a 1x boost, the multiplier might be larger depending on how much of the wild is displayed. If the xSplit influences them, you can get extra wilds. When numerous wilds appear in a single combination, the multipliers are multiplied together.

Special wilds are also set aside for the last two reels, at least during paid spins. These are the xSplit Wilds, which split symbols in half to double the number of symbols to the right or left. Because the same symbol can have several splits, a multiplier will boost its value everytime this occurs in the same spot.

When there are 3-5 scatter symbols on the reels, you can trigger the free spins feature. The game area has been inverted for these spins, so the larger reels are now 1 and 2, and the smallest reels are reels 5-6. The special symbols that were previously restricted to reels 1 and 2 or reels 5 and 6 have been moved to the opposite side of the gaming area.

Following that is a little feature that determines the number of free games as well as the multipliers that will be applied on the top symbols. You gain an upgrade for the free spins for every three symbols when you play the free spins and collect scatters. After each scatter, an extra spin is added.

Remember Gulag is a terrible game that can be exciting to play, but we believed that Nolimit City did an excellent job of demonstrating how brutal and inhumane these facilities were. This is not a game that will make you smile, with its barbed wire, largely black and white colouring in its surrounding decorations, and muted hues everywhere else.

The Royals are substituted with Cyrillic letters, and the top symbols include a variety of characters (officers, prisoners, bears, etc).

Nolimit City has surprised us yet again with a slot machine that combines their normal array of impressive features with an interesting story that is still relevant today.