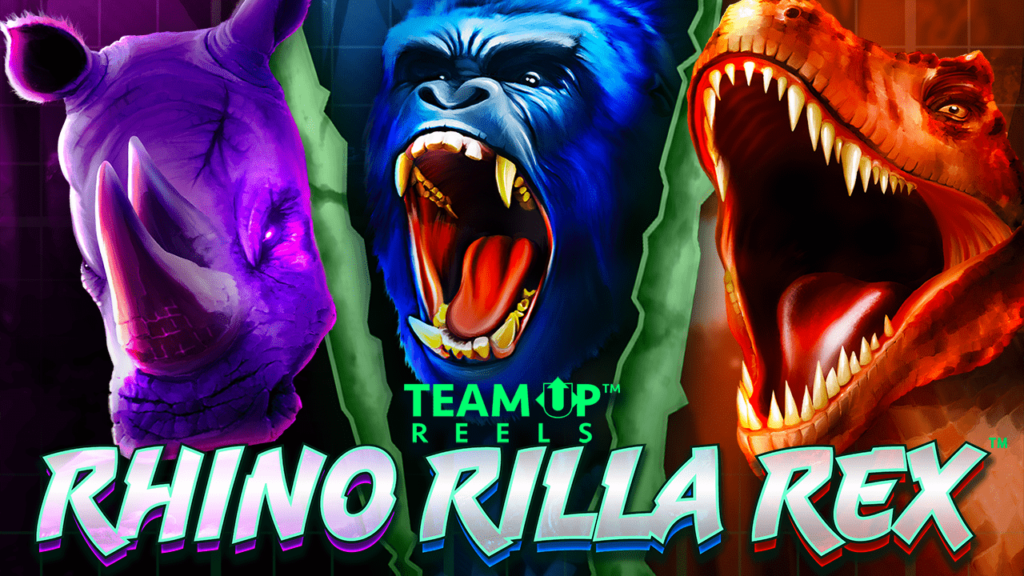 Rhino Rilla Rex is the name of one of the new slot machines that Crazy Tooth Studio is working on for 2022. It’s a dinosaur-themed slot machine from a company who’s only been generating online content for a few years, but they’ve done an excellent job of attracting gamers. Wilds will play an important role in this game.

Rhino Rilla Rex is a rather huge gaming area, but those 5×5 reels serve a purpose in this game because there are 3,125 ways to win on them. Despite its extreme volatility, the slot does not fully utilize all of the available spots, paying only 5,000x the stake. Even with such figures, the RTP of 96.20 percent appears to be adequate. There are a few features that can help you out, including the wild, Beast Prizes, a collecting mechanic, free spins, and the Team Up function.

The most Rhino Rilla Rex appears capable of payout is $62,500, which would result in a 5,000x jackpot if the maximum stake was used. I’m not thrilled with the payment, especially since it’s been reported as having significant volatility. Given the numerous chances to win, some may be content with the modest payouts for winning combos, but their value is among the lowest I’ve observed.

Rhino Rilla Rex can have an excellent RTP despite the middling top payout/high risk, provided it’s allowed. This is the highest of the three RTP values available, at 96.20 percent.

While there is a wild symbol in Rhino Rilla Rex, it will only appear on the first and fifth reels. It can still be useful by assisting in the formation or completion of winning combos in a way-to-win system.

Team Up is one of the most important aspects in Rhino Rilla Rex. To begin, you must have a winning combination that includes a high-paying symbol (one of the beasts). It transports you to a different game area where you only have to spin the reels once to win tokens, prizes, and up to 5x multipliers. A prize will be awarded based on the preceding factors.

Alternatively, you can make a combination of beast symbols with one of them receiving a golden framing. In such case, the Team Up free spins are yours. It’s the same gaming area as before, but now you can get more free spins and collect rewards across numerous rounds.

Each beast has its own prize meter, which you can fill up by getting stacked symbols of that type that cover all spots on the reels. Tokens can land throughout the slot’s features, as I indicated above. These are collected, and over time, they may result in the payment of one of the predetermined jackpots (5x to 500x the stake).

That is to say, it is not a normal online slot design. For the purposes of this slot machine, three big monsters are utilised, with the dinosaur (Rex) being the best-paying. The gorilla (Rilla) and rhinoceros are the other two (Rhino). Low-paying symbols are represented by representations of various-colored stones. It’s a dark look that’s current enough overall, but not everyone will like it.

Rhino Rilla Rex has a distinct approach, to be sure. Dark graphics and one-of-a-kind characteristics could be advantages. The low top reward and significant volatility are disadvantages.