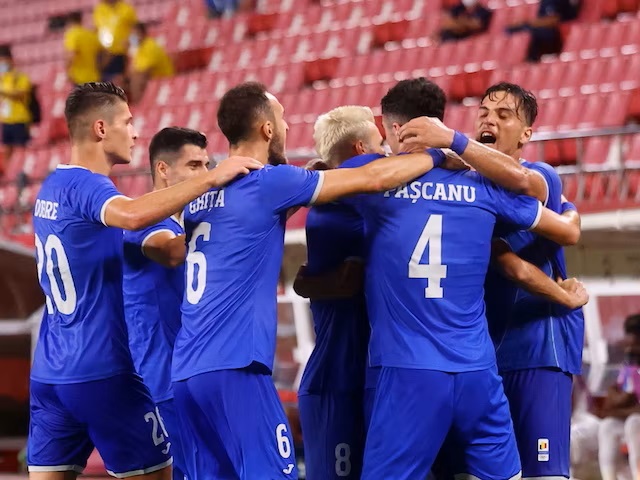 On Thursday, Slovenia, a fellow World Cup exclusion, will visit Romania in an all-European international friendly.

Both countries are preparing for their penultimate matches of the year before turning their attention to qualifying for Euro 2024 after failing to qualify for Qatar 2022.

Romania vs Slovenia Tips and Prediction

Romania has been suffering for the past few months as their defensive prowess in World Cup qualification ultimately came to nothing as they ended one point short of a playoff spot and a possible entry for the 2022 tournament.

The Tricolors only allowed one goal in seven World Cup qualifying games between September and November, and they earned seven points from their final three matches, but they still finished third in Group J, one point behind North Macedonia, and haven’t played in the World Cup since 1998.

Similar events occurred when Romania competed in the UEFA Nations League last month. Edward Iordanescu’s team finished last in League B Group 3 and was demoted back to League C despite being tied with Montenegro in points, but lost due to a worse head-to-head record.

While the Tricolors have achieved some important victories along the way, including a hammering of Bosnia & Herzegovina in their most recent game, there is still work to be done if they are to challenge the greatest teams on the continent once more.

Romania may be quietly confident about their chances of securing a desired spot at the tournament with Andorra, Israel, Kosovo, Switzerland, and Belarus still to play in their Euro 2024 qualifying campaign, but they welcome Slovenia to Cluj having lost their last two home friendlies to Georgia and Greece.

Slovenia’s 63rd-ranked team was forced to accept a fourth-place finish in their World Cup qualifying group because manager Matjaz Kek has yet to take his nation to a major tournament in his nearly four years in charge.

Slovenia has only won one of its eight games since qualifying ended, but after going undefeated in their final four games—drawing three of them—they have qualified for League B football in the UEFA Nations League for the second consecutive cycle.

In their Euro 2024 qualifying campaign, Kek’s team will face Northern Ireland, Kazakhstan, Finland, Denmark, and San Marino. The Slovenia manager must address his team’s dismal recent road record as they have only won one of their previous 12 games and have lost their last six.

Romania and Slovenia haven’t faced off in a competitive match in over ten years, with the Tricolors falling to the hosts in a friendly in 2012. Despite that thrilling victory, Slovenia only managed two victories in their eight prior encounters with Romania overall.

Despite their recent string of clean sheets, Romania still has the occasional defensive mistake, and Sesko won’t require a second invitation to make the hosts pay for these shortcomings.

Kek’s team is still struggling to win away from home, but we anticipate Romania to perform well enough to get a draw in front of their own supporters.