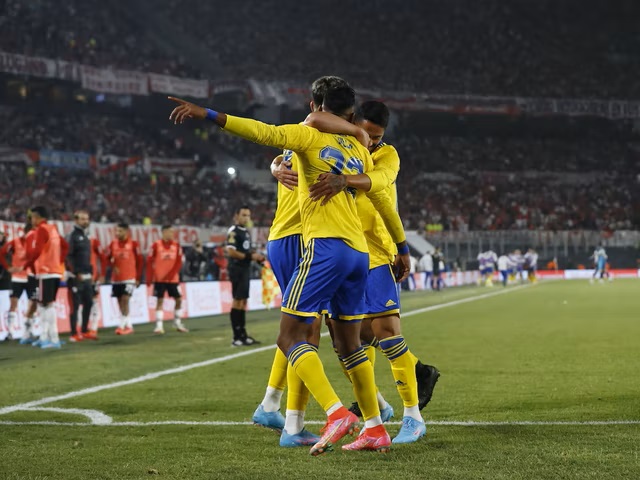 San Lorenzo will host Boca Juniors at Estadio Pedro Bidegain on Saturday in a matchup between two teams at different ends of the Argentine Primera Division.

The hosts have lost their last two games, and the visitors will be looking to rebound after being eliminated from the Libertadores on penalties.

Currently occupying the 20th spot in the Argentine Primera Division, San Lorenzo is only two points clear of the bottom-half of the standings.

That significantly increases the pressure on each game because they are anxious to avoid falling into that predicament if they lose over the weekend.

The bottom four would be separated by some distance if they won, which would boost their position in the standings and move them up to 15th.

Despite an equalizer from Adam Bareiro, San Lorenzo lost to Barracas Central after drawing with Tigre. The team managed to hold onto that lead for two minutes before giving up once more.

The club must improve in the second round of the competition with only four victories during the entire season.

Although Boca Juniors is currently second in the Argentine Primera Division, recent struggles have plagued the visitors despite their overall better season. The team has gone four games in a row without a victory in any competition, so they will be trying to change that going into this encounter. Given that there is only a one-point difference between them and the league’s top team this weekend, they may also move into first place if their recent struggles continue.

In their most recent match in the Libertadores against Corinthians, Boca Juniors were held to a scoreless draw, forcing a penalty shootout that they lost.

Although it was a disappointing outcome for them, Sebastian Battaglia was concerned because this was his team’s third straight game without scoring.

Boca Juniors haven’t been playing their best recently in any competitions, but this matchup might be just what they need to turn things around.

San Lorenzo will undoubtedly present a tough challenge, especially given that they are playing at home, but eventually the visitors should be able to come away with three points from this game.