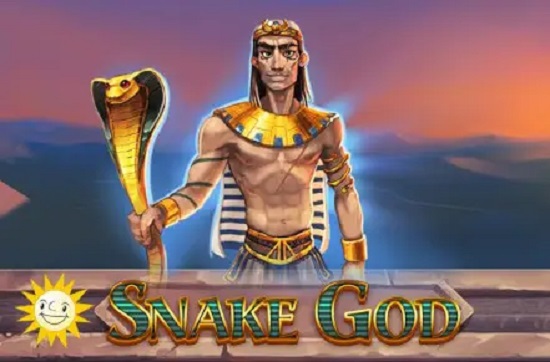 Merkur’s Snake God is a slot machine dedicated to Apophis, the Egyptian god of chaos. He was regarded a wicked entity and an enemy of Ra, the Sun God, because he took the appearance of a serpent. While the game’s main character seems intriguing, we’ve already seen a number of Ancient Egypt-themed games, and the graphics of this one appear to be on par with those from the land-based business.

Snake God has only five paylines and is played on five reels. It appears to have a lot of promise, with payouts of up to 5,000x the bet when wilds appear on all lines, even during regular spins. It has a diverse set of bonus features, including wilds of various varieties, scatters, free spins with up to 3x multipliers, and guaranteed Win Spins. Despite this, the RTP is still a little low, at 95.84 percent, but it’s not so awful that it’s unplayable.

Snake God requires only a $0.05 minimum stake to set the reels spinning. You can increase the bet from there, up to a maximum of $10.

I believe you will be impressed with the game’s potential. Take a look at the wild symbol, for example, and you can win up to 1,000 times your stake on each line it totally takes over. Despite the fact that only 5 lines are used, a top prize of 5,000x is still available on ordinary spins. During the free spins, there are also multipliers of up to 3x, so the potential is even higher. However, there is no mention of the jackpot’s maximum value.

Snake God is a medium-high volatility slot machine, which means it might be risky for the ordinary player, even in the short term. It has a long-term RTP of 95.84 percent.

The multiplier wild will be one of the most potent aspects in Snake God. It’ll aid in one of two ways by showing us a Pharaoh with an Apophis staff. It pays anywhere from 2x to 1,000x the bet for a combination of 2 to 5 symbols when it forms combos with other wilds. It doubles the rewards it helps pay as a wild. It will not be able to take the place of any scatter.

Inside, a Cobra Scatter will be used, and it will appear on all reels. If this one lands on 3 to 5 reels, you’ll win 10 to 30 free spins in addition to a prize of up to 100x your bet. The feature can be retriggered with 2+ scatters, and it adds 1-30 more rounds.

There are various ways in which the experience varies in this mode. For starters, there are many varieties of wilds that can act as substitutions or even construct their own wins (they pay less than the base game wild though). These Canopic jars are available in three different varieties, each of which is linked to a specific reel and activated as you go through the feature.

Wins from rounds 6 to 10 receive a 2x multiplier, while combinations generated from the 11th spin onward receive a 3x multiplier.

Finally, you can earn random Win Spins, which will always result in a prize.

We’re headed to Ancient Egypt once more. The temple devoted to Apophis, the snake god, is the focal point. The influence of this god can be seen in a number of places, including the temple’s pillars and the set of five reels. It isn’t a cutting-edge design, and it looks about as nice as a ten-year-old slot machine, but it will suffice.

Pharaoh as wild, Snake as scatter, three Jars as extra wilds during free spins, plus four sorts of Scarabs (red, blue, green, gold) and four Royals are among the symbols used (J-A).

For a gamer who knows how to handle a high-risk slot machine, Snake God is a good option. It also comes with hefty payouts to compensate for the increased risk. It doesn’t provide us with a fantastic plot or design, but most players will be able to get past that.