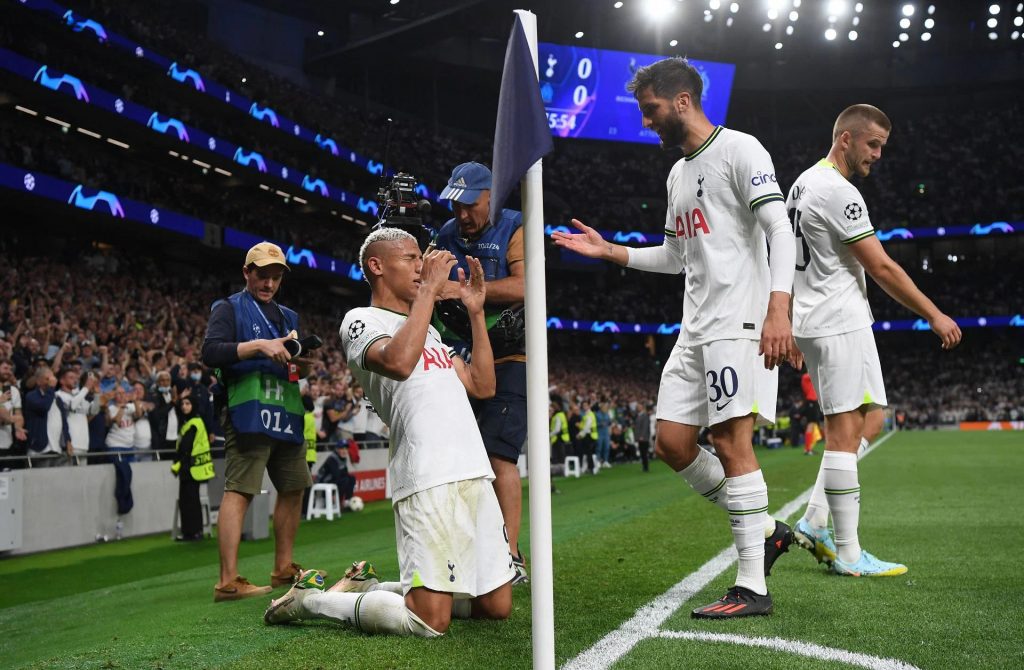 When Sporting Lisbon and Tottenham Hotspur will play against each other in Tuesday’s Group D match at the Estadio Jose Alvalade, both teams will be looking to maintain their winning starts in the Champions League thus season

When Sporting visited Frankfurt, Marcus Edwards, a former Tottenham youth who never quite made it in the English capital, stole the show. He is now on a mission to show his former team what they are missing.

Sporting did not let the rumors about their young and creative manager Amorim taking the Chelsea job affect them as they easily defeated Portimonense 4-0 in league play. A trio of left-footed goals certainly let Tottenham know what they will need to pay the most attention to this weekend.

Sporting, who leads Group D after one matchday and has put together a three-game winning streak in all competitions with three clean sheets and nine goals, is now looking to break their winless trend against Premier League rivals.

History is definitely against the hosts as Tottenham hopes to take advantage of their prolonged period of rest. The Lions have lost all six of their Champions League games against English opposition, and they have never started a premier European season with two straight victories.

There is undoubtedly an Arsenal-based theme in Marseille’s current squad, which includes Sead Kolasinac, Matteo Guendouzi, Nuno Tavares, and the suspended Alexis Sanchez. This only encouraged Tottenham to complete the task last week in a proficient manner.

After Chancel Mbemba was sent out for a last-man foul, Marseille fought back for a while, but Richarlison scored twice in his Champions League debut to give Tottenham the victory on the opening day of play.

Tottenham would have hoped to keep their winning streak going against Premier League champions Manchester City at the weekend after making their comeback to the top of European football with a bang. However, the game was one of many that were postponed following the passing of Queen Elizabeth II.

Therefore, Antonio Conte’s team still has a winning record for the season as they try to go eight games without a loss overall. However, only one of their three away games this season have resulted in victories, and they struggled mightily against Marseille for large stretches of the game.

Tottenham and Sporting have never faced off in a competitive match, but the Lilywhites famously lost to Pacos de Ferreira in the Europa Conference League qualifications last season before winning at home previous

Sporting have undoubtedly improved since their sluggish start to the season, as Amorim would have desired, but a number of new defensive worries may jeopardize their chances of a fourth straight win and shutout.

Edwards in especially doesn’t need any additional encouragement to keep up his hot streak, so the Lions should still have some success offensively, but Tottenham can respond against a thin Sporting defense to win their second consecutive match in Europe..