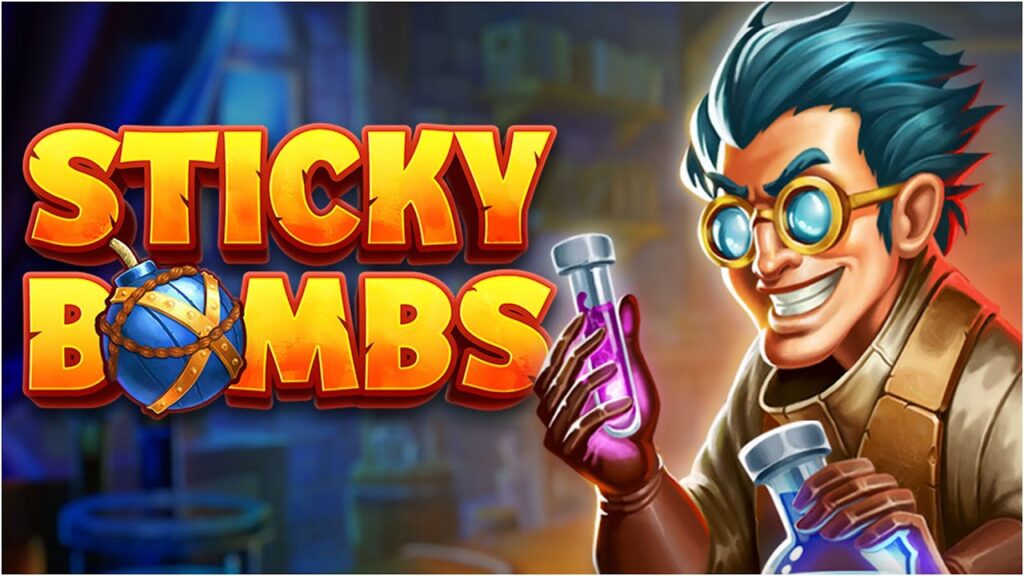 The crazy scientist theme has always been popular in slot machines, so it’s thrilling to see yet another one. Sticky Bombs, a new game from Booming Games, is exactly this type of game, with a design that isn’t very unique but that players seem to enjoy. There’s a lot to discuss here, so let’s get started with our review and find out what the nefarious Professor Cooper is up to.

Sticky Bombs will be played on 5×3 reels with 20 win lines to choose from. Wilds, scatters, free spins, and multipliers are among the features available. Since it pays up to 1,445x the capital, I don’t see a significant enough potential to justify the high volatility. At 95.80%, the RTP is also lower than I’d like.

Sticky Bombs’ stake, with its 20 coins, might have a very low or very high value depending on the situation. Simply change the total sum that will be used, and the coin value will adapt automatically behind the scenes. Betting amounts range from $0.20 to $200.

The rewards are disappointing, especially given the significant volatility, which led us to expect much more.

Features of the Sticky Bombs Slot

The Random Bonus Reel is one of the more odd elements of Sticky Bombs. It will pick one of the slot’s reels and solely add special symbols to it (multiplier or regular wilds, scatters, or double symbols). This modifier adds double symbols, multiplier wilds, or more free spins during free spins.

Regular and 2x multiplier wilds will be accessible, albeit the latter may only appear with the Random Bonus Reel’s assistance. They’ll be used as replacement symbols in new combinations in any case. A combination of five wilds on the same line pays 50 times the bet.

The Double Symbol is an intriguing feature that, while not new, has been used in previous slots. It basically counts as two symbols of the highest value, enabling for the formation of combinations of up to six top symbols rather than the usual five.

Wilds that are sticky will appear on the first two and last two reels in this mode. They stay until the feature is completed.

It’s a narrative about an evil professor and his lab, and both are depicted in the pictures. The lab doesn’t appear to be much, just a standard room with basic lab equipment and literature, probably in his home. The symbols on the reels range from three shining Royals to numerous potions in bottles that are colored red, green, pink, or blue.

Sticky Bombs appears to be a conventional evil scientist online slot, with mediocre graphics but a feature set that should keep it intriguing.