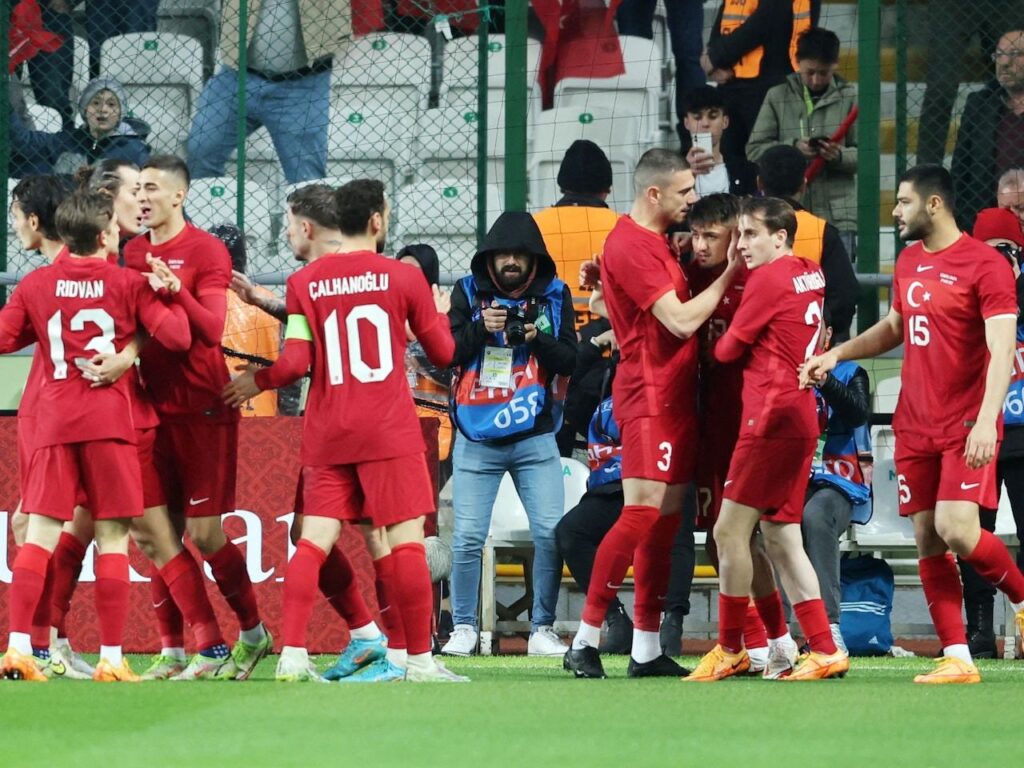 On Saturday evening, Turkey and the Faroe Islands will begin off their UEFA Nations League campaign in Istanbul, hoping to get off to a solid start in Group C1.

From the 2020-21 season onwards, both countries will be in different levels, with the hosts moving down from League B and the visitors rising from League D.

Following a poor year, Turkey will be hopeful that the next internationals in June may spark a new era.

Last summer, Stefan Kuntz’s team was tipped as one of the dark horses for the 2020 European Championships, but they turned in three dreadful performances, finishing bottom of Group A after scoring just one goal and losing all three matches in the postponed event.

Following that, Turkey had a successful qualification campaign for the 2022 World Cup, which will be held in Qatar later this year, winning a playoff berth after finishing second behind the Netherlands in Group G.

However, their World Cup hopes were dashed in March when they lost 3-1 to Portugal in the playoff semi-finals in Porto, before falling to Euro 2020 champions Italy in an international friendly little over two months ago.

Turkey has plummeted to number 43 in the FIFA global rankings as a result of a difficult previous year or so, while a dismal return of just one victory from six games against Russia, Serbia, and Hungary in Group B3 of the Nations League in 2020 saw them relegated to League C for this year’s edition.

The match in Istanbul on Saturday is the first of four Nations League matches between then and June 14, with ties against Lithuania and Luxembourg to come, in which Kuntz’s side will be expected to reclaim some respect and secure rapid promotion back to the second tier.

In the meanwhile, the Faroe Islands, despite being placed 81 places lower than their hosts in the FIFA global rankings, travel to Istanbul as equals in the Nations League standings.

Hakan Ericson’s team may have had a rough qualifying campaign for the 2022 World Cup in Group F, where they only managed four points against Moldova, Austria, Israel, Scotland, and Denmark, but they come into this match hoping to continue where they left off in the 2020-21 season.

The visitors will not be expected to win in Istanbul on Saturday, nor will they be expected to win the group to earn straight promotions, but Ericson’s side will be confident in gaining points from their other two opponents in Group D1 in order to keep their third-tier status.

The Faroes are likely to leave empty-handed this weekend, but with back-to-back home ties against Luxembourg and Lithuania on the horizon, as well as a trip to the former to round off the quartet of internationals in June, Ericson will be looking for his side to continue their fine Nations League run over the next two weeks.

This appears to be a straightforward victory for Turkey over the Faroe Islands’ minnows.

The hosts may have had a terrible year, but on the day in Istanbul, they should be significantly superior in talent and should coast to an easy victory by a large margin.