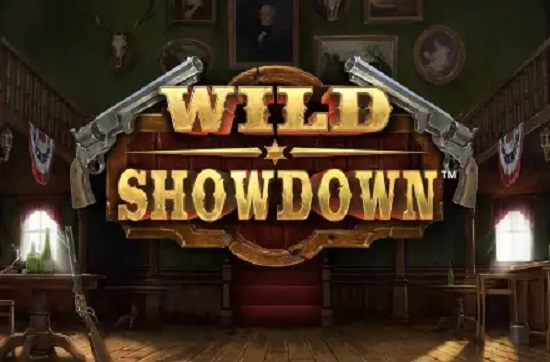 Gunslingers and saloons will typically be the focus of the Wild West theme in online slots, with occasional additions of railway or bank robbery. A new game from Light & Wonder (Scientific Games) called Wild Showdown takes place at the saloon once more. There is more to the game than just the symbols and images we can see; read our review to learn everything there is to offer.

Due to the 1,024 possibilities to win that were added, the 5×4 reel Wild Showdown slot utilises every aspect of the playing field. I believe that experienced players will be happy with the offer there because it has a jackpot that is 12,500 times the stake and a combination of high volatility with a 95.96 percent RTP. Regular wilds, multiplier wilds, scatters, and free spins are among the bonuses to consider.

In order to play this slot machine, you must wager a minimum of $0.20. As the wager increases, the amount of coins stays the same, allowing you to wager a maximum of $20.

If you place the maximum bet on Wild Showdown, you may win $250,000 in the end. The maximum payout that the slot machine guarantees is a 12,500x stake return.

Utilizing slot machines with large jackpots has its drawbacks, one of which is their usual higher volatility.

We’re looking at RTP percentages up to 95.96 percent. You should look for a copy of it that is at that level, in my opinion.

Features of the Wild Showdown slot

When it occurs on reels 2–5, the Sheriff’s Badge, which is designated as the Wild symbol, will act as a replacement for other symbols on the reels. It won’t take the place of feature symbols and doesn’t have any prizes of its own to give out.

The feature symbol, a Multiplier Gun Chamber, only appears on the second reel.

It’s a different replacement, but this one additionally multiplies the effect by up to 10x, depending on the value displayed in the gun chamber.

Additionally, the fourth reel is designated as the Wild Gun Chamber. In this one, up to five ordinary wilds are added at random.

The main feature is the last item. You can get eight free games by landing the Safe Bonus symbol on the third reel. Now, whenever the second and fourth reel Gun Chamber symbols land, you will use them as sticky symbols. The goal is to give multipliers or more wilds, just like in the main game.

The triggering Safe symbol can also act as a wild symbol, but only if the Gun Chamber sign was absent during the triggering round.

Most of the time, Wild Showdown will be a standard slot machine with a Wild West theme, but that doesn’t have to be a bad thing. Many players appreciate the Western genre, and in this instance, we have an example of a well-designed slot machine.

The symbols are what one would expect, and the list begins with six cheap symbols—the 9-A Royals. Then there are emblems of a sheriff, a gunslinger, a saloon girl, and whiskey bottles.

If you enjoy reading about the Wild West, Wild Showdown is a decent slot machine. Its strengths seem to stem primarily from its features.